The Pilgrims And Pocahontas - Librairie Stephan 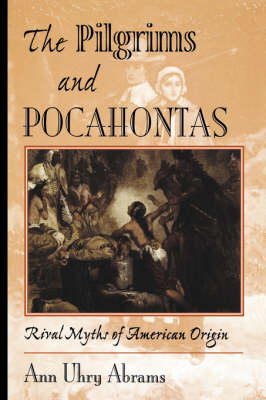 Following the American Revolution, citizens of the United States began to write a history of their new nation starting with the first English settlements, Jamestown and Plymouth. Virginians embellished the saga of Jamestown and Pocahontas, the Indian woman who, by popular accounts, saved the colony. Similarly, New Englanders sanctified the Pilgrims and their mythical first step on Plymouth Rock.By comparing these two origin myths, investigating them in art, literature, and popular memory, Ann Uhry Abrams uncovers surprising similarities in traditions of remembrance as well as striking differences in the character of the myths and the messages they convey. During these heated debates of antebellum America, the escalating rivalry between North and South prompted an array of artists, authors, and politicians to refashion the legends to their needs, with Massachusetts turning the settlers of Plymouth into pious and industrious saints, Virginians portraying Pocahontas as the savior of English civilization in North America. As these images were codified, tales of Jamestown and Plymouth bolstered debates over immigration, women's rights, abolition, Indian removal, and a host of other issues of national import. And when sectional rifts exploded into the Civil War, the stories fueled the flames that pitted North against South.